Since March 2020 (COVID-19) discussions groups are meeting on Zoom

Right now (Jan 2022) we have many people gathering through Zoom to study, discuss and practice based on James’ teachings and books. If you’re interested in creating a group, we have a Zoom account for that purpose and can also help telling people about the meetings. These are the ongoing groups. If you would like to join any of the groups, or know more, or even set up a new group then send an E-Mail to Milton Petruczok at simplybeingsangha[at] gmail.com. In the Subject field enter the name of the group you are interested in joining: “English / Portuguese / Spanish or German group”. 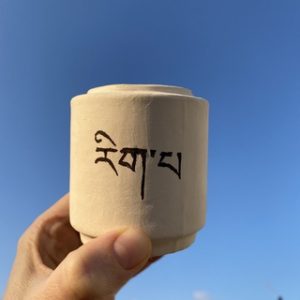 Various people concerned about climate change and the environment came together during the October 2019 retreat in Germany, in the Eifel. Ideas and projects are bubbling up, one amongst them formed as Earth Healing Group. The group engages in preparing, empowering and planting earth healing vases filled with mantras and other precious materials. Other earth healing practises – earth mandalas, mani stone carving etc. – are adding to that. If you would like to know more and be part of this, wherever you are in our fragile planet, please send an email.

Aleksandra (Ola) would welcome someone else getting involved in running these.

Devon Group
A website and group facilitated by Wendy Chozom

Jayachitta is based in Berlin and also teaches elsewhere in Europe. www.playofnow.com