Finding your way home: an introduction to dzogchen. Retreat, Spain, 2010 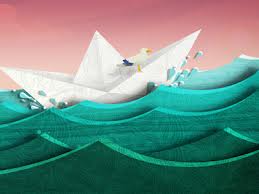 …In Tibet it was said that dzogchen existed before buddhism arrived. It was there before the bön religion too. That is to say, it is not an invented system, but it is something that was, is, and always will be, and that people in all places, at all times, have access to.
…If you go out on a boat and the wind is blowing a bit, you can see the waves moving. Then along comes a seagull, and it lands on the sea. It was flying and now it’s sitting on the water. It’s having a little rest, but what it’s sitting on is moving. It’s like that.  The thought is moving in your mind like the waves on the sea. Another thoughts arises, and ‘Ah’, you think, ‘I can stay here.’  In the very moment that you think, ‘This is where I belong’, you are being moved along. All manifestation is dynamic, which is why we have to look again, and again, and again, so we really see the essential difference between stillness and movement…
…This whole world is the same ocean, but each of us is a little movement. However when we sit inside this bubble of ourselves, we protect our difference from other people because we want to be unique and special. Yet actually we are made out of the same stuff as everyone else. This does not mean that we are the same as other people. We are neither the same nor different; we are unique forms which are inseparable…

The basic principles of dzogchen
Refuge is like an umbrella – you’ll get wet if you let it down
Becoming more at home with oneself
Storytelling
Dzogchen: everything is already perfect
Tantra: transforms ordinary into perfect
Dzogchen: kadag and lhundrup
Not feeling stretched like an elastic band
Our breath is our friend
Garab Dorje’s first point: awaken on your real nature
All that we see is like an illusion but illusions have their own logic
The centre of my existence is always outside myself
Practices for opening up: Phat!
Practices for opening up: Guru yoga
Questions to ask about our mind: it’s shape, size, colour
Questions about mindfulness and awareness
Metaphor of a tent and tent pole
The more we try to be in control, the more dangerous the other seems
Garab Dorje’s second point: stay true to the experience of opening
Garab Dorje’s third point: simply to continue in this way
Practice: relaxing into the out-breath
The functions of ritual
You are here: simply being > Texts & Transcripts > Transcripts > Revised by JLow > Finding your way home: an introduction to dzogchen. Retreat, Spain, 2010