The Yogins of Ladakh: A Pilgrimage Among The Hermits of The Buddhist Himalayas

James Low wrote Chapter 15 Practising Chod in the cemeteries of Ladakh which includes a secret biography of the yogini Machig Labdron and the Chod practice which she created. It is unique to Tibetan Buddhism.The Yogins of Ladakh investigates the social anthropology of the area through studies of village life. Further it enquires the social organisations, history, meditational practices and philosophy of the yogins who still lived and practised in the remote parts of the area.

In the Introduction, John Crook writes “James Low and I undertook long journeys on foot in Ladakh to meet the yogins in their monasteries and ‘caves’. Few of these yogins were teachers but they allowed us into their presence and showed us their manner of being. A landscape was set before us which we had to map as best we could. Our book is a map of the cultural landscape of these men. We hope and believe it will help Westerners both to broaden and to deep in their insight into the Dharma. Come with us then in an exploration of these inner landscapes set amongst the highest mountains of the world. It is our belief that what we found there is of great significance in the suffering world of today.”

English The Yogins of Ladakh: a pilgrimage among the hermits of the Buddhist Himalayas. John Crook and James Low. (Motilal Banarsidass, 2nd edition, 2007) ISBN 978-8120814790

Share this!
You are here: Simply Being > Books > Books by James Low > The Yogins of Ladakh: A Pilgrimage Among The Hermits of The Buddhist Himalayas
Share this! 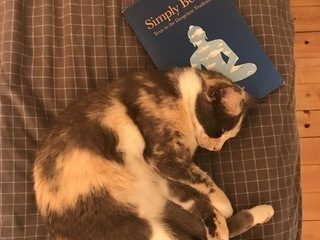