Yogins of Ladakh. Extract on Chöd from Ch 15: Turning the body into food

Turning the Body into Food – The Secret Treasure of the Dakini.

Extract from Chapter 15 by James Low of The Yogins Of Ladakh: A Pilgrimage Among The Hermits Of The Buddhist Himalayas. By John Crook and James Low (Motilal Banarsidass, Delhi, 1997) IBSN 81-208-1462-2. Republished 2007.

“One of the Chod texts that I used in my practice in Ladakh was written by Nuden Dorje Dropen Lingpa Drolo Tsal in the latter part of the nineteenth century in East Tibet. It is entitled “The Brief Practice for Turning the Body into Food taken from the Secret Treasure of the Dakini.” As the colophon at the end of the book tells us, he wrote it at the request of one of his disciples while he was staying at Tsone which was the retreat centre linked to his own monastery of Khardong.  Only that part of the text which is specifically the Chod practice is presented here.” 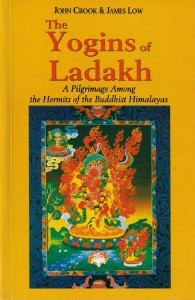 Share this!
You are here: Simply Being > Books > Books by James Low > Books in Print > Yogins of Ladakh. Extract on Chöd from Ch 15: Turning the body into food
Share this!