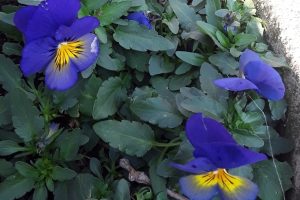 To read the whole of the text and the associated practice open the PDF.

in German translated by Robert Jaroslawski

in Polish translated by Janek Szlagowski

in Turkish translated by Ezgi Atanassova and Mustafa Mert Çelebi

All the sufferings of samsara arise from the delusion of the real, the belief that there are separate beings and things, each with their own inherent existence. Due to this, appearances are taken to be other than their pure source. From this belief in duality there arises the misperception that there is a true difference between subject and object. This then leads to the identification of some as ‘friend’ and some as ‘enemy’.

Dharma teachings point to the illusory nature of all appearances. When our reluctance to see this is intensified by the aggression of others, we become both rigid and unstable. If we wish to antidote this limiting tendency we need to settle our minds in emptiness and avoid indulging dualising thoughts and emotions. We can avoid the extremes of hopelessness and hate-filled arousal by following the middle way of non-duality. In particular,  we can recite the following short texts to enliven our Dharma understanding and use the power of non-duality set out in the Heart Sutra to repel the dualistic delusions of the aggressor. When we say Dok! Dok! Dok! on pages 5 we clap our hands at each Dok! and imagine that all the negative force of the oppressors is returned to them. Dok! is a Tibetan word that indicates sending something back to where it came from. This is not revenge. It is simply returning a gift that we do not want and did not ask for. We are saying, “This is yours, please keep it!”

To read the whole of the text and the associated practice open the PDF  here.

You can listen here to a talk James gave about the text on 3rd March 2022.