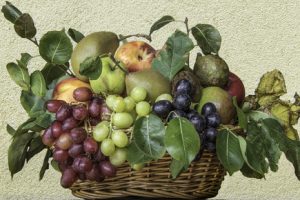 Unedited transcript from the retreatDownload
Excerpt: …There is no way to describe a pear that gives the same experience as eating it.  You can go to an art gallery and see many still life paintings of lemons, grapes, peaches, pears and all different kinds of fruit.  The grapes in a Caravaggio painting may look incredibly lifelike but you still can’t eat them.  They are mnemonics, they are reminders; they evoke a memory of the felt sense of a grape.  It’s just like a grape, but it’s not a grape.

You can listen to the 2013 retreat here

James also taught on death, dying and the six bardos in the Eifel retreat, 23-26 April 2017. The text supporting this retreat was The Root Verses of the Six Bardos. The six bardos describe all aspects of our human lives, including the process of death and dying. The Root Verses of the Six Bardos is published in Chapter 4 of Collected Works of C.R. Lama. The German edition was published under the title  Gesammelte Schriften von Chimed Rigdzin Rinpoche. You can listen to this 2017 retreat here.

https://vimeo.com/90681329  Duck, Death and the Tulip is a little video James liked about friendship. A duck gets to know a character called Death who, as it turns out, has been following her all her life. The two become friends, discussing life, death, and what any afterlife might be like.

Share this!
You are here: Simply Being > Video recordings > Languages (Video) > English (Video) > Death and Dying, Eifel 2013
Share this!