Encountering translations of Tibetan Buddhist texts is to enter a realm of technical terms embedded in an ethos that has few resonances with the beliefs and concepts that we are familiar with in the Greek and Judaeo-Christian traditions.

Translators attempting to make traditional Tibetan Buddhist texts available are faced with a complex task. Texts written into Tibetan have arisen in Buddhist culture ring-fenced from the encroachment of other belief systems. To translate not just the words but the invisible context and the suffusing mood is a major challenge. A shorn sheep has a different impact on us from one with the full fleece. There are two main choices for the translator.

The first is to use terms which are familiar in English but by annotation and usage to attempt to imbue these signs with new significations. For example, we might use ‘wisdom’ to indicate understanding of, and even presence in, the clarity of seeing that phenomena (all that occurs for us) have no meaning, value or existence of their own. What we take them to be is a meaning not inherent in them, but one which arises in the interplay of mind, current content of mind including moods, perception, environment and object referred to. This is rather far from the familiar connotation of wisdom as something accumulated through learned knowledge, life experience and personal reflection. So in finding the word ‘wisdom’ in the translation the reader will need to translate wisdom (Western) into wisdom (Buddhist). The skill to do this without muddle or amalgamation is likely to be hard-won, since associations developed in the past tend to adhere without fanfare to new usages.

The second way would be to take the Tibetan term and translate it on its own terms. For example, the term shes-rab, which has often been translated as ‘wisdom’, has two parts. Shes, short for shes-pa, indicates both knowing and knowledge. Rab indicates best or superior. ‘Best knowing’ points to an insightful discernment which penetrates our assumptions, complacency and projections and directly illuminates the empty aspect of the phenomena we think we know.

These short, rather dense, texts translated here set out aspects of the basic ethos of the non-dual view of dzogchen. They aim to offer different pathways to the same inexpressible point. Since it is inexpressible, why waste time writing and talking about it? Well, as long as we rely on signs to indicate meaning we are in the limited realm of ‘aboutness’. The infinite realm of direct awareness needs no words and is beyond concepts. But to find our own way to our own unborn openness we, in our limited capacity constrained by dualistic assumptions and beliefs, are likely to require pointers on the journeyless journey to where we are.

Such pointers will be presented to us through the use of words which will, in their lack and excess, evoke concepts both relevant and irrelevant. Who will decide what is relevant, authentic, undeceiving? When we take ourselves to be individuals, embedded in history and culture, we are wrapped in received assumptions. This enclosure is both cosy and stifling. It thins out when we try to fit the meaning we find in the text to the complexity and ungraspability of our own lived experience.

True meaning does not lie in the signs that we find in the dictionary nor in the signified objects that we habitually take to be ‘out there’ at home in their own existence. Deep meaning arises with meditation practice facilitated by clarity regarding the view. We may open to moments of direct transmission when with a lineage teacher or by the sudden ripening of karma which allows dualistic consciousness to drop its preoccupations. But in general we have to study the view through language and gain a familiarity with dharma concepts without merely incorporating them into our existing egoic repertoire.

I believe that each of us has to struggle to develop a useful, non-deceiving hybrid Buddhist English. It is likely to be an ugly beast for many years but it may help to carry us to where we need to be.

James Low, May 2018
Back to Translations 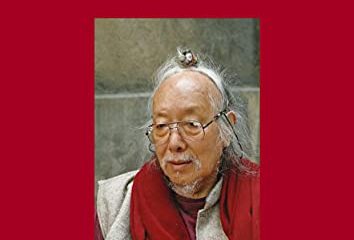 Pedro Gomes has prepared the recordings of the 13th Q&A Zoom session, 6th June 2021. They can now be watched on Vimeo in English, German, […] 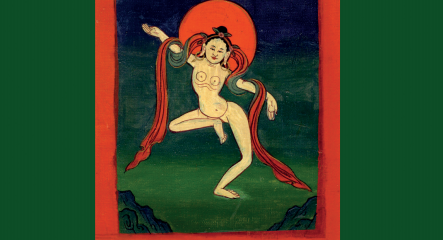 This Is it: Revealing The Great Completion