Jung, eastern thought and the beginnings of transpersonal psychology. Essay, 1984 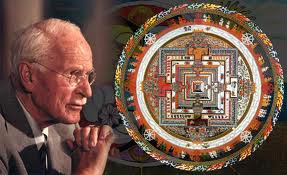 WRITTEN IN 1984 AND SUBMITTED TO ANDY SMITH [TUTOR], AS PART OF THE COURSEWORK FOR THE SCHOOL OF INDEPENDENT STUDIES, NORTH EAST LONDON POLYTECHNIC, 1985. 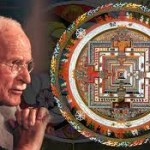 “The ‘squaring of the circle’ is one of the many archetypal motifs
which form the basic patterns of our dreams and fantasies. But it
is distinguished by the fact that it is one of the most important
of them from the functional point of view. Indeed, it could even
be called the archetype of wholeness.” C. G. Jung

I wish to explore two themes: firstly, Jung’s concept of strata of the psyche and his explorations of the unconscious; secondly, is his attitude to Eastern thought and the implications of this for his work.
The image of wholeness, of a goal, or of an organising principle of healing became central to Jung’s thinking and he was attracted to the image or symbol of the Buddha and the mandala. However, he stressed that certain basic attitudes were different, such as the Eastern notion of ‘higher’ consciousness, for, in the West,”We do not go up into the unconscious, we go down.”
Moreover he saw a danger in using the purity of vision, stressed in eastern thought, to avoid acceptance of the dark forces and strong passions present in the psyche.
He was certainly not a convert to eastern ways of thinking but looked on the richness of the psychological and spiritual traditions of these countries as a storehouse of myths and symbols that could be employed to illustrate his own theories.

Share this!
You are here: Simply Being > Texts & Transcripts > Texts on Psychotherapy > Jung, eastern thought and the beginnings of transpersonal psychology. Essay, 1984
Share this!