Detectives are trained to be suspicious, to resist the temptation to be taken in by taking the evidence and stories at face value. Psychotherapy and dharma are also concerned with the exploration of cover-ups and the search for the true causal matrix of problematic experience. 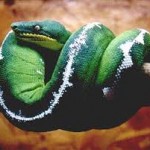 Some tourists were driving in Ireland along country roads and lost their way.  They saw a farmer and stopped to ask a local for directions. “How can we get to Limerick?”  “Limerick is it?  Well, if I was going to Limerick I wouldn’t start from here.”  It’s not that you have to start from where you are in terms of where you think you are, the ego’s domain, but from where you actually are – the unchanging dimension of awareness.  If you start from the latter position, the journey is completed instantly and you wake up just where you have always been.

The mind itself, simple natural awareness is unchanging in the midst of change.  Naked beneath all the clothes we have worn, our fresh, raw awareness is ready in each moment to accept whatever occurs.  There is no map to be privileged over the territory; since awareness itself is not an active player in the world, it is not trying to find its way nor to impose its will.  The ego cannot participate in this for it is trapped in self-concern and the maintenance of its map, its rule book, its sense of how things should be.
This is exemplified in the ancient Greek story of Procrustes.  He lived in a house in the middle of a vast plain across which travellers would walk.  In the evening he would look out to see if anyone was near and call to them and offer food and shelter.  After the stranger had eaten he would offer them a bed.  When they lay down on it he would check if they fitted perfectly.  If they were too short he would stretch them on a rack until they were long enough.  And if they were too short he would cut off their feet.  When our idea is over-invested we have to attack the world to make it fit.

You are here: simply being > Texts & Transcripts > Texts on Psychotherapy > Letting the knots go free. Article, 2009